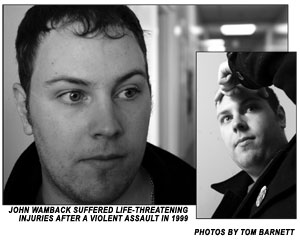 Reprinted with Permission of, York University, Excaliber Newspaper – A violent assault left York student Jonathan Wamback in a coma for three months, paralyzed for six and wheelchair-bound for another six. Now he questions the treatment of other crime victims in Canada